Do Solar-Powered Attic Fans Work? An Update on their Performance at Caerula Mar 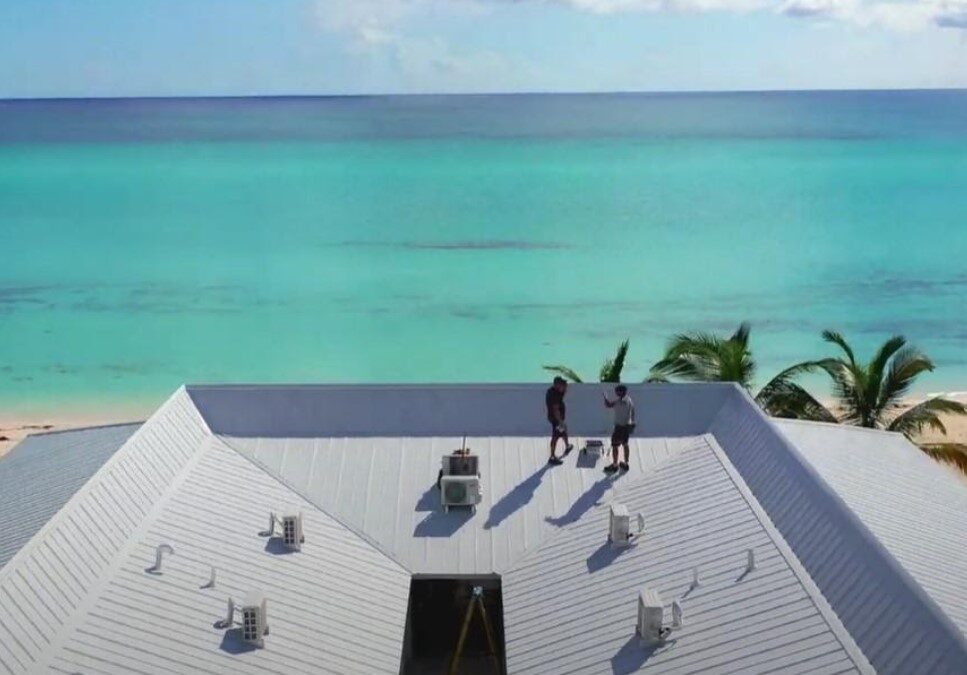 In Season 2 of Island of Bryan our team came up against a slew of roadblocks relating to moisture issues, including the devastating discovery of rotted wood in the attic spaces, and termites under the tiles, concrete, drywall, and framework of the property. Faced with the conundrum of managing severe moisture levels in the hotel rooms without having to use electric fans, our team landed on what we hoped was the ideal solution: solar-powered attic fans (SPAFs.)

We installed twenty iSolar 19W-MOD fans on every other hotel roof at the resort.

Our team joined forces with the Canadian company, iSolar Solutions, to install twenty iSolar 19W-MOD solar attic fans on every other roof of the resort. These fans have been a game changer in reducing humidity, maintaining ideal comfort conditions and keeping hotel temperature in sync with the outdoor temperature (normally an attic will get 20°C or 65°F hotter in the attic than outdoor temperature.)⁣⁣ The iSolar fans also helped circulate fresh air into the suites during the temporary closure of Caerula Mar during the pandemic. The solar
component of the iSolar fans allows us to accomplish all this without the need for electricity, which is super expensive in the Bahamas.

Listen to that thing hum! You can feel the wind coming out of there!” – Bryan

After installing twenty solar-powered fans on every other roof of the resort, our Project Manager spot checked several rooms that had moisture issues and found that the rooms felt much cooler and moisture levels had dropped below 20%! I’ve checked a bunch of rooms that had really high issues on the drywall. They have dropped quite a bit and they continue to drop. Plus, the attics are not as hot as they used to be! -Project Manager.

The powerful 19W-MOD fans extract an impressive amount of hot air from the villas and it thrilled my team to see how quickly the villas transformed from hot,sticky saunas into cool, comfortable living spaces. You could actually feel the draw from the fans (see above) from the soffits!Our team is extremely pleased with the continuous air quality and reliable performance of the solar-powered fans at the resort and are relieved that we won’t have to relive another moisture nightmare in Season 3 of Island of Bryan Renovation Island!

Catch-up on the Season 2 solar-powered attic fan install and be sure to tune in to watch the Season 3 premiere of “Island of Bryan” “Renovation Island” on April 18 at 10 p.m. ET/PT on HGTV Canada